How to Design for Proposals

Proposal graphics tend to get short shrift, but they can anchor your ideas and serve as visual guides that help evaluators score your proposals.

In this week's episode learn what graphic elements you should include in your proposal and how to enforce visual consistency and unity across all proposal sections.

KSI Advantage© Tip: In deciding the kind of graphics to use, writers should consider what type of information is being depicted and use the appropriate visual. For example precise data might be depicted best with a table graphic, while a sequence of events might call for a Gannt Chart.

Our KSI Advantage Capture & Proposal Guide can help show you how to do this, and can take you through each stage of the proposal process step-by-step.

Ray Thibodeaux: Today's topic, Design and Conquer, making proposal graphics that matter. Let's face it, a proposal response would be, as someone pointed out, a dangerously dry read without visuals to boost the proposal's messaging, create visual unity, and walk readers through difficult content. Ashlie Alvarado is Production Manager at Key Solutions. That puts her in charge of proposal production and a team of graphic artists. She's definitely seen her share of proposal graphics. Thanks, Ashlie, for being on the podcast.

Ashlie Alvarado: Thanks for having me.

Ray Thibodeaux: When we talk about proposal graphics, we're not just talking about the process diagrams and the organization charts. What are the various types of graphics and say, graphic elements that you see in many of the most effective proposals?

Ashlie Alvarado: There's different hot boxes. Sometimes there would be key icons that help to point things out throughout the proposal. Definitely org charts. But everything that is in there usually helps to break up the text that's usually just in a proposal and on the page.

Ashlie Alvarado: So, usually, a hotbox will be put on a page to kind of bring a key point out in that area of the proposal. Or to bring in a quote that might be of a key personnel or from somebody that has had something nice to say about the company. Just kind of highlighting what they want to highlight for that area.

Ashlie Alvarado: Yes. We've created templates before we start any job and have the color palettes down and things like that. And usually, we'll do a few samples of different features of benefits charts or word charts and that sort of thing. We can show the writer that so they can kind of get an idea. But absolutely more than willing to sit down and kind of talk through what the writer might be trying to convey in that area. Or even proposal manager if he's kind of looking for an overall graphic for the executive summary or something along those lines. But those usually are never just one iteration. We always have to sit down and hash things out multiple times most likely. You get some that really have an idea of how they want to display it and then others that are just like, "Look, I know what I need to be able to say but here's what it needs to be like." And then that's when we're like, "Okay, well, what about this, this, or this?" And those that say, "Yes, that's great." Or "no, let's go a different direction." And just kind of work things from there.

Ray Thibodeaux: Proposal graphics are supposed to create visual unity, which sounds simple but it's not. What are the aspects of graphics that help achieve this unity? What comes to mind are things like consistent sizing, color themes, symmetry. Am I on the right track?

Ashlie Alvarado: Absolutely. We start out every proposal with a color palette to make sure it's approved by the client. And from there, we use that same color palette throughout everything if it's the document template and also the graphics itself. So, it gives it a sense of unity and flowing throughout. From there, we just make sure that it's compliant font size and margins as well. And fitting in between any other requests that the client actually may have for those graphics.

Ashlie Alvarado: So, usually, we'll start with the company itself that we are helping. And from there, sometimes we're like, "Oh, we absolutely have to have the customer colors in here." So we'll work them in. But we try and make it unique to each company. And from there, sometimes they'll give us specific colors that they have for their branding. If not, then we'll go with what we see in their logo and their website and kind of pick some complementary colors from there and make sure they're okay with it before moving on.

Ray Thibodeaux: How do you enforce consistency and visual elements across all sections of the proposal?

Ashlie Alvarado: So, we try, honestly, to keep it as you mentioned, halfway or full with the cross. And that being just for visual purposes when you're reading the document as you mentioned. Depending on the size of the graphic, if we need to go more than halfway then we'll just make sure that it's not bigger than what would be legible for the text to be able to wrap around it or to flow underneath it if it's a full-width graphic. But other than that, it works hand-in-hand with the desktop publishing almost where you can figure out how it looks on a page from there. Or a writer will come back being like, "Hey, I really need these two lines. Let's cut this part of the graphic out." And that way, it can come up some and we'll work with them that way.

Ray Thibodeaux: Usually the RFP specifies the font and size of text used in graphics. When you're paging through a section and looking at the graphics, what do you look for? Are you mainly concerned with compliance?

Ashlie Alvarado: Kind of ties back into starting with the template. So, if we have the color template and have the same features throughout, so, we'll start... Maybe something has a specific silhouette, person, icon. Then we'll make sure we use that same one throughout the... If it's needed, another graphics. But that also, as I mentioned, starts back with the template where we'll kind of pull all those things at the beginning with the color palette and sample graphics and sample icons that we could use throughout.

Ray Thibodeaux: I remember one proposal manager whose biggest complaint was what he called graphics crap. I took it to mean showy or over-elaborate graphics or over-use of visual bells and whistles just because you can, not because it reinforces the message. Do you agree that some graphics, not any of those coming out of your shop, of course, but do you see that they tend to be overly elaborate considering the information they're trying to convey? Especially with the graphic programs today where you can do just about anything.

Ashlie Alvarado: I think sometimes, they definitely can be a little cluttered. But at the same time, it's as long as the message is getting across and it's not something that somebody's going to be reading in circles. I think each graphic can be different. Sometimes, as we talked about, a box is a box. But sometimes, we need to make that box a little more visually appealing and also try and portray what's actually in that box verbally. So I think it just depends on the situation. But as long as things look cohesive throughout the entire proposal, I think it's harder to have the graphics crap in there and is not as mixed-up looking as it might be if you're pulling from different proposals or different Internet ideas and things like that.

Ray Thibodeaux: Some topics lend themselves well to graphic formats, things like integrated master schedules, process flows, or numeric comparisons for, say, bar charts. But some things don't. I find that concept of operations graphics can be among the most challenging, mainly because one is always making decisions about what matters most to the customer. Any advice for technical writers struggling with a difficult graphic like that?

Ashlie Alvarado: I think it's more of a... I'll go back and ask the writer to be like, "Hey, where are you at with this? Do you want us to get down what you have right now while you're still working things out?" And sometimes they'll be like, "Just put this exactly as I have it on paper." Other times it'll be, "Okay. This is kind of what I have so far. I'm open to your suggestions on how to make it flow." Or things like that and it kind of helps to know if the thought process is done. Or they're just trying to see a more refined look of the graphic rather than what they might've had on a napkin or whiteboard or something like that to help them figure out their process. So that kind of helps where we might not go into intricate detail at the beginning with the first round if they're still working things out.

Ashlie Alvarado: Whereas if like they're "Nope, we're good." I think it's more along the lines of, as long as you can explain what's on the napkin and we can follow, it's not a big deal. But if it's something where you're like, "Okay, these are my bullet points. Now, figure it out." It's going to be a little bit harder since as you mentioned, we're not in the room all the time trying to hash things out or figure it out. Sometimes we will be in the room and it's different during those cases but if there's other proposals going on as well and we're knocking four out the door at one time and dealing with the productions and things like that, it's harder for us to necessarily be in the room. And half the time, they don't want us in the room. It's more of where they need to figure it out and then they'll come to us.

Ray Thibodeaux: Thanks, Ashlie, for being on the podcast.

Ashlie Alvarado: No problem. Thank you.

Ray Thibodeaux: And we'll close there. I'm Raymond Thibodeaux and this has been Keys to Winning from AOC Key Solutions Incorporated, or KSI, a consulting firm that has helped companies across the country win billions of dollars in federal contracts. Learn more at www.aockeysolutions.com or follow us on LinkedIn. Be sure to subscribe for four podcasts in this series and thank you for listening. 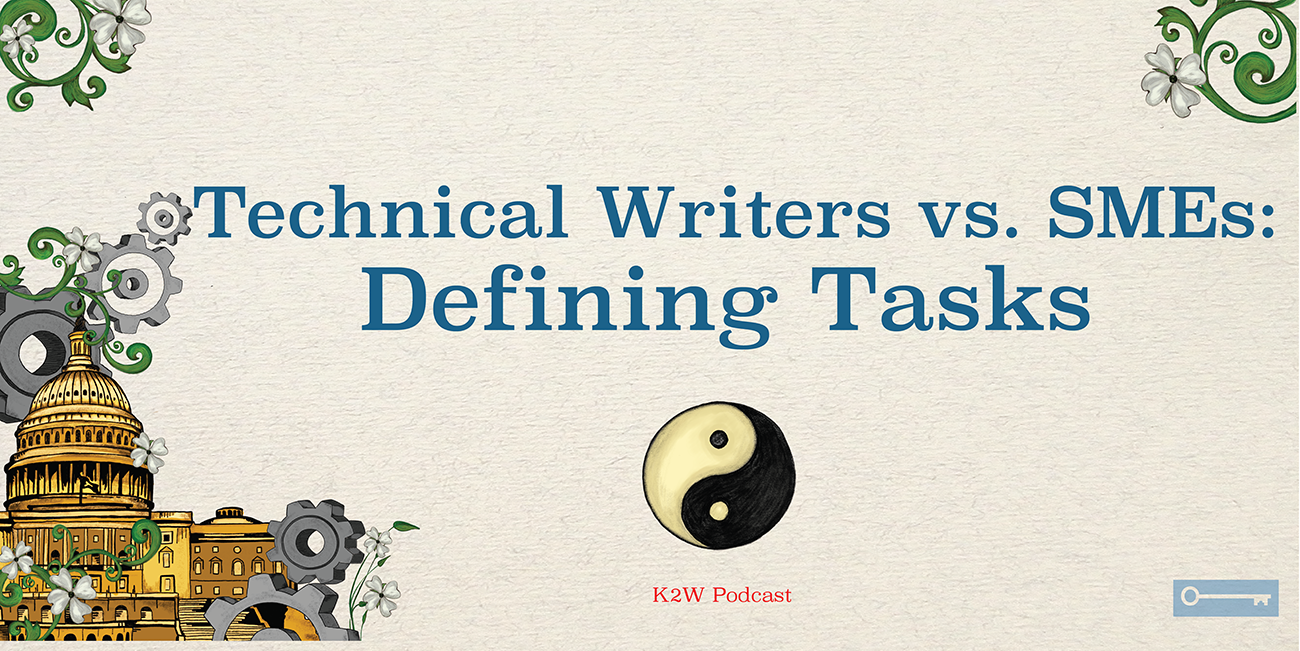 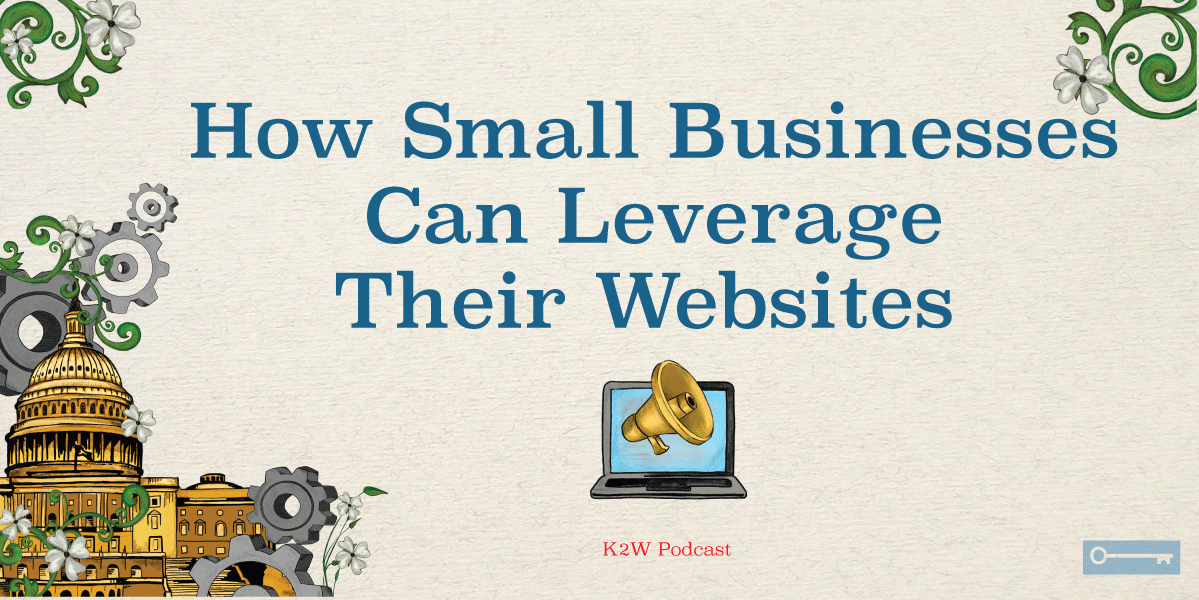 How Small Businesses Can Leverage Their Websites