How to Develop a Proposal Plan, Part 4: Proposal Logistics

In Government Proposals, Proposal Managers develop a Proposal Plan to guide them through the proposal effort. A Proposal Plan is a comprehensive set of documents, instructions, processes, tools, and templates that aids in the proposal development process.

The Plan addresses and guides proposal activities at six major points in the proposal process:

This is the fourth in a series of articles that discusses Part 4 of the planning process, Proposal Logistics.

Depending on the size of the proposal, logistics can be simple to complex. The goal is to provide as much support to the proposal team as possible, so that the team has everything it needs to develop and submit a winning proposal.

Where: There must be adequate space in which to work, along with the appropriate infrastructure support necessary for the job.

The Proposal Manager and Proposal Coordinator plan for this, and work with other staff within the company to ensure availability of resources. For small proposals, a conference room with access to the company’s network/printers, a conference bridge, an overhead projector and screen and/or “white boards” may suffice.

Transportation and lodging may also be provided, if staff from other locations will be participating for an extended period of time. It may also be more cost-effective to provide the proposal team with catered meals when there are few local restaurants nearby, or when food choices at, or near, the proposal facility are severely limited. Additionally, SCIF space will be required for classified proposals, which may have to be temporarily leased, if the company doesn't have its own SCIF space.

What: There must be effective day-to-day proposal coordination.

These processes are typically overseen by the Proposal Coordinator. Infrastructure “processes” include: making the RFP available for review (usually electronically and in hard copy), developing the master list of participants/contacts, coordinating the creation of system (i.e., Privia or SharePoint) user IDs and passwords, developing the proposal electronic file structure, providing proposal document templates, and developing all other process templates required for proposal coordination.

This list also includes maintaining the graphics log, and interfacing with the desktop publishing or production staff and technical writers to coordinate all proposal graphics, and maintaining the proposal’s collaborative web site.

Support includes coordinating the logistics of all proposal reviews and consolidating comments from reviewers for distribution to the writing team, providing pre-production support for proposal documents, performing preliminary review of documents for major errors and omissions in headers, tables, and graphics, and resolving outstanding issues with the proposal’s technical writers and/or Volume Leads.

Support also includes delivery of the formatted copy to the editor, verification of edits, and approval of documents for Production. The final step in the support process is the printing of proposal copies for final executive-level review,  final assembly, quality control, packaging, and shipping of proposal documents in coordination with Production staff.

Why: Logistics planning makes it easier for the proposal team to focus on its assigned task — to put together a compliant, compelling, winning proposal.

Having Proposal Managers and writers involved in the minutiae of day-to-day proposal operations increases risk. How well do your proposal logistics processes stack up? Are you doing enough to support your proposal team? 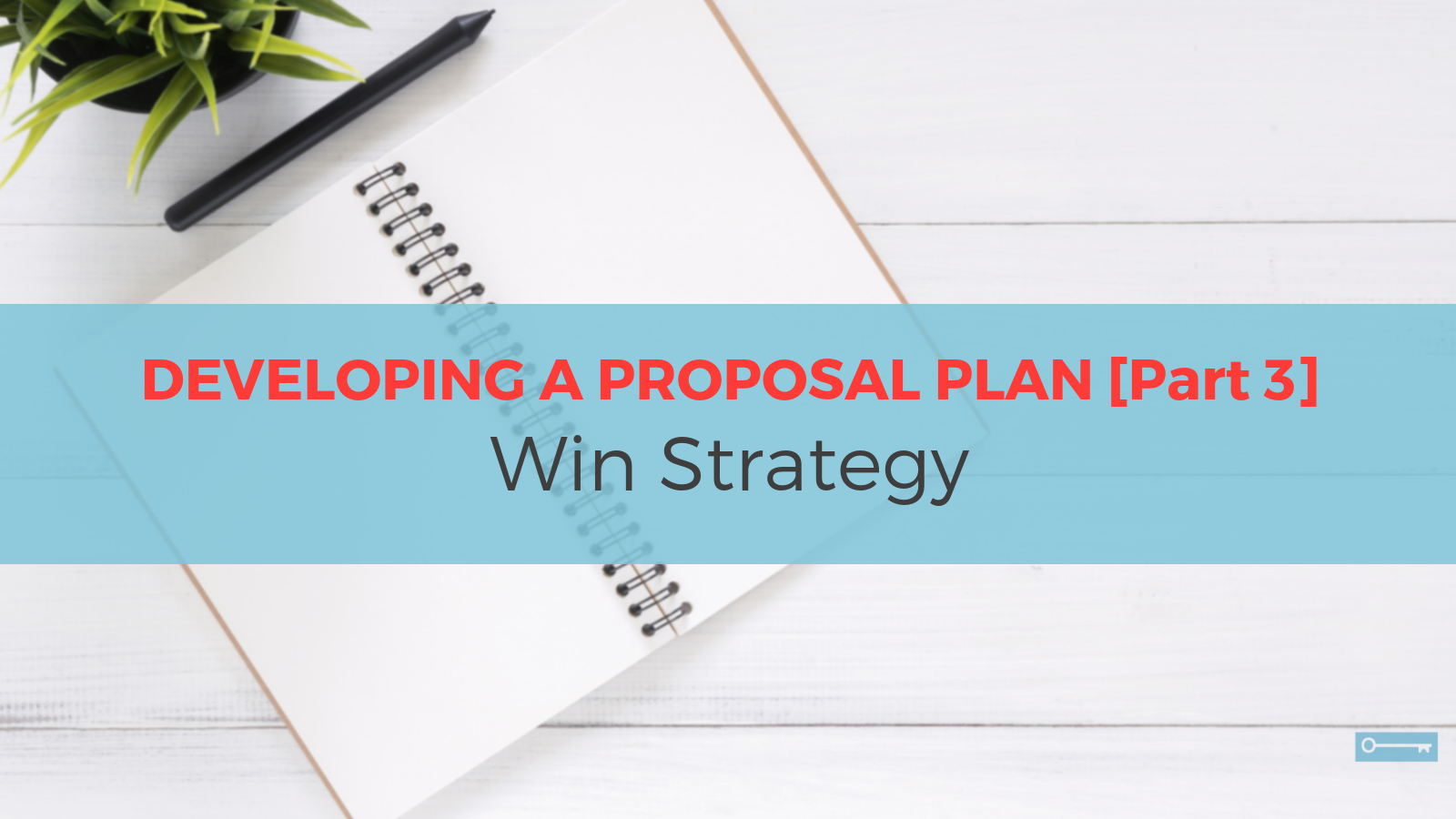 How to Develop a Proposal Plan Part 3: Win Strategy