From Capture to Proposals: How to Handoff for Success 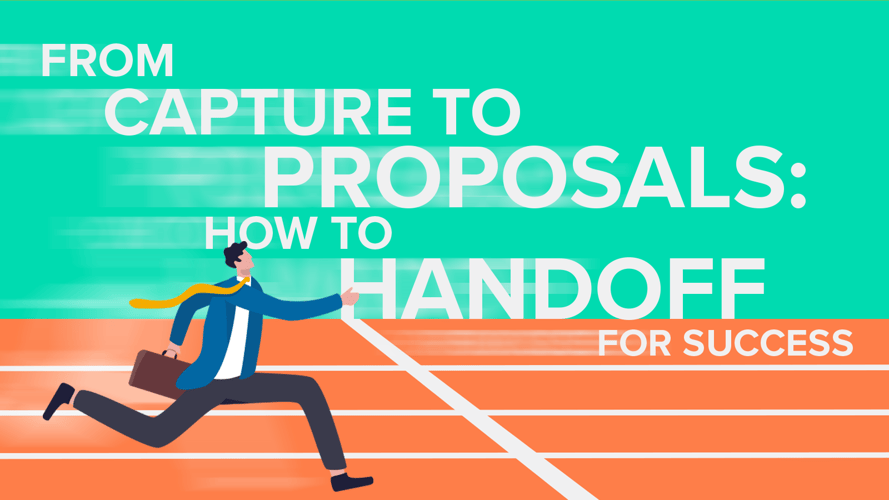 As an opportunity moves through the phases of the opportunity lifecycle, it is supported by different roles or individuals.

The handoff of information and customer intelligence during each phase and between each role/person is vital to the success of the pursuit. When the handoff is fumbled or not executed properly, it reduces the win probability and can also negate the hard work and effort of everyone involved.

The following are a few best practices to help you avoid some of the common pitfalls that occur during the handoff between Capture and Proposals. 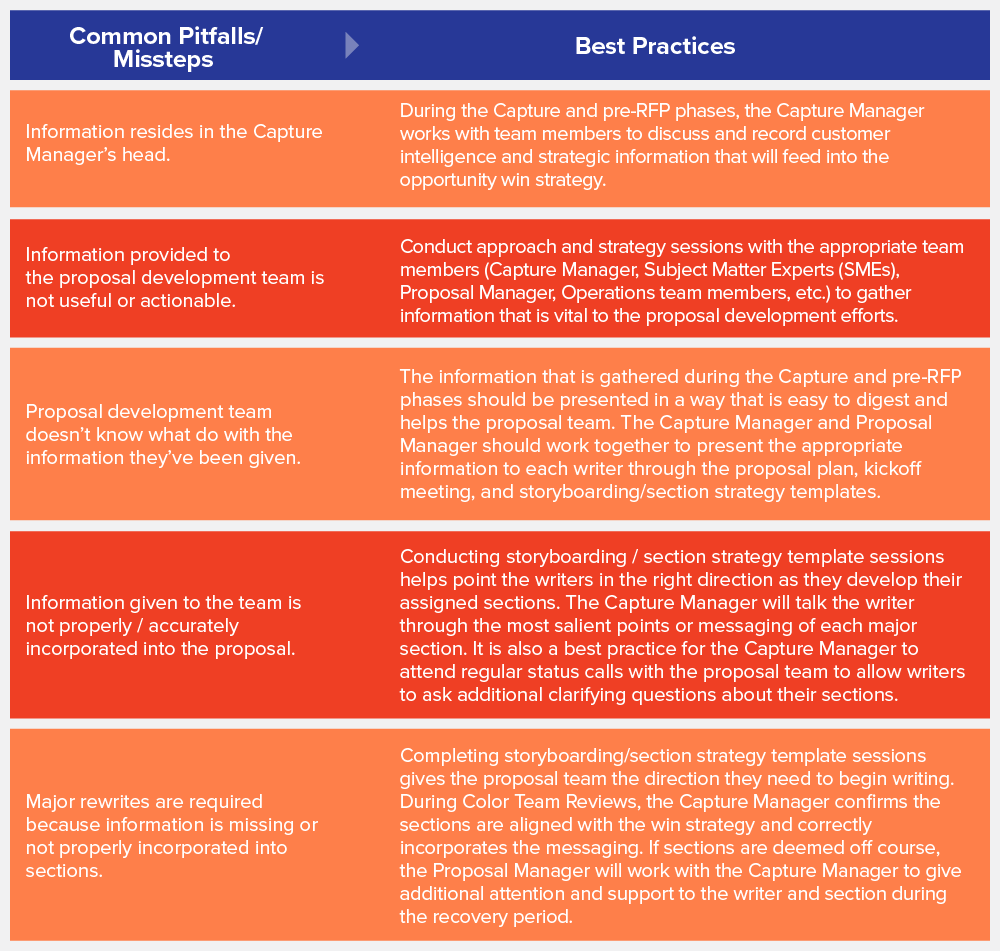 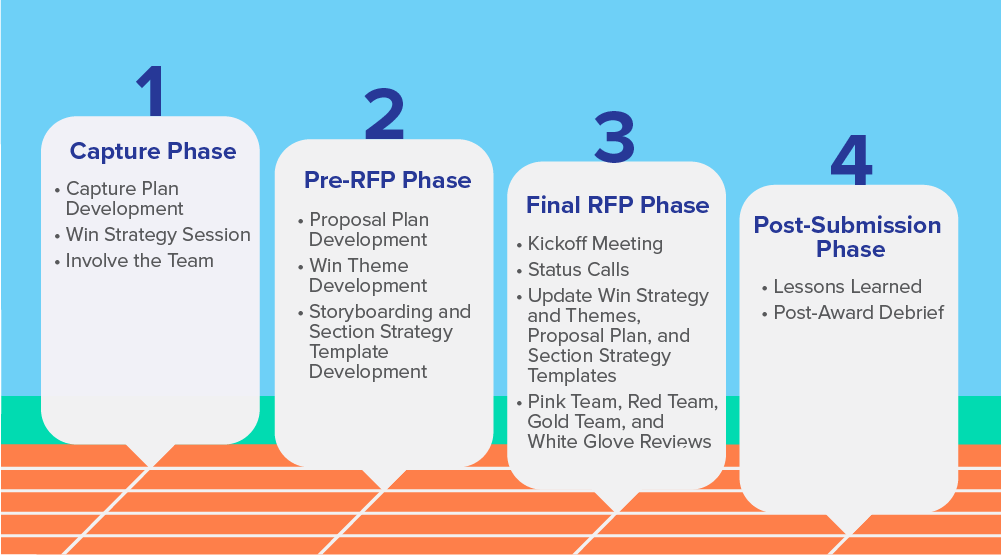 During the Capture Phase, the Capture Manager and/or capture team are involved in the development of the capture plan and win strategy session. These items are the first tools that Capture can use to transfer their knowledge of the opportunity and customer to the proposal development team.

During the pre-RFP phase of the opportunity lifecycle, the Capture Manager and Proposal Manager work together to accomplish the following tasks:

During the Final RFP phase of the opportunity lifecycle, the Capture Manager and Proposal Manager work together to accomplish the following tasks: 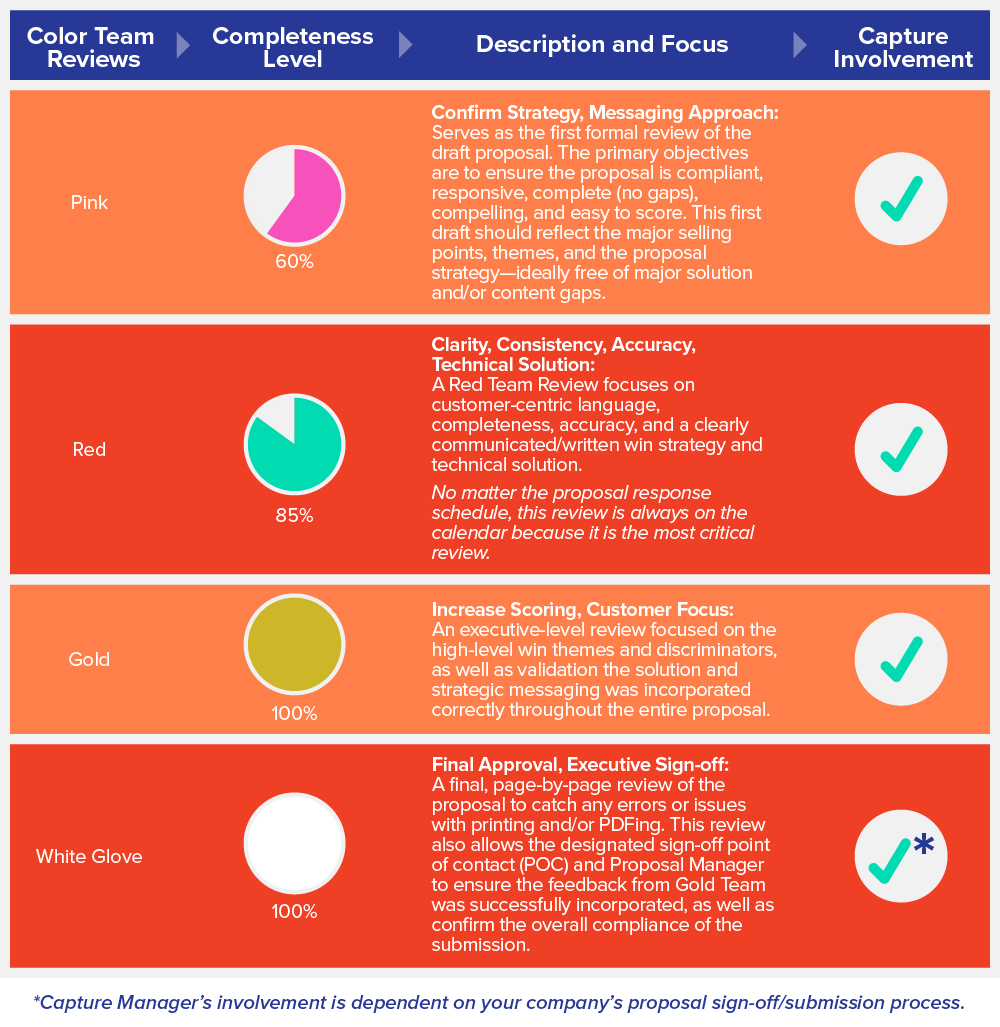 During the Post-Submission phase of the opportunity lifecycle, the Capture Manager and Proposal Manager work together to accomplish the following tasks:

The information the customer shares with you during the post-award debrief is additional intel you can use to identify areas for improvement within your capture and proposal development processes and adjust accordingly to mitigate these issues in future proposal responses.

Working together as a team enables a smooth and comprehensive handoff of information between Capture and proposal development. The handoff points highlighted above create a worthwhile opportunity pursuit and position your team for the best results upon submission.

Emilie Waickwicz Slager is the Director of Professional Services at KSI. In this role, she ensures our services align consistently with the KSI Advantage best practices to meet the needs of our customers. Emilie has 10 years of experience developing proposals and strategic messaging. 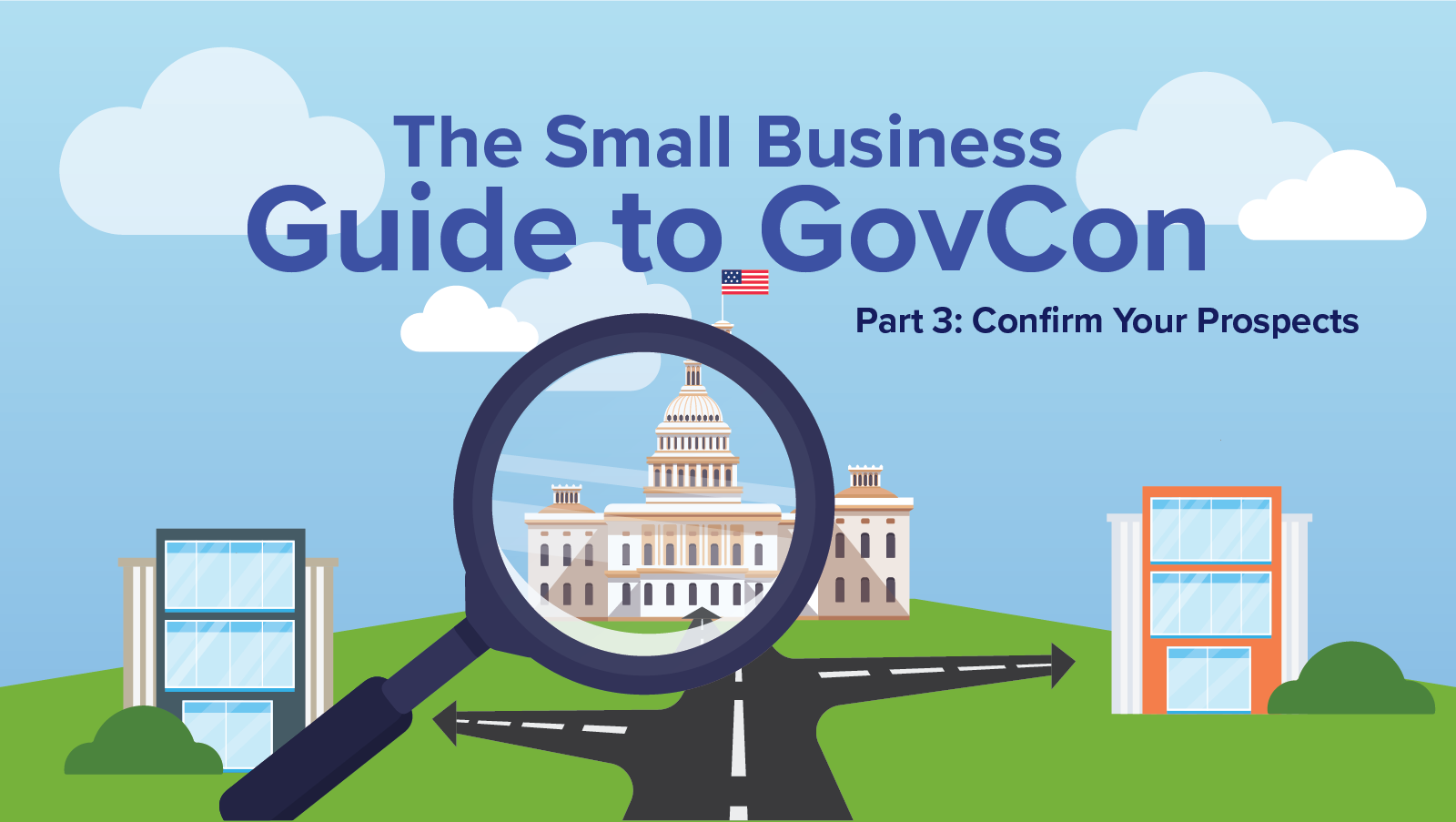 The Small Business Guide to GovCon [Part 3]: Confirming Your Prospects 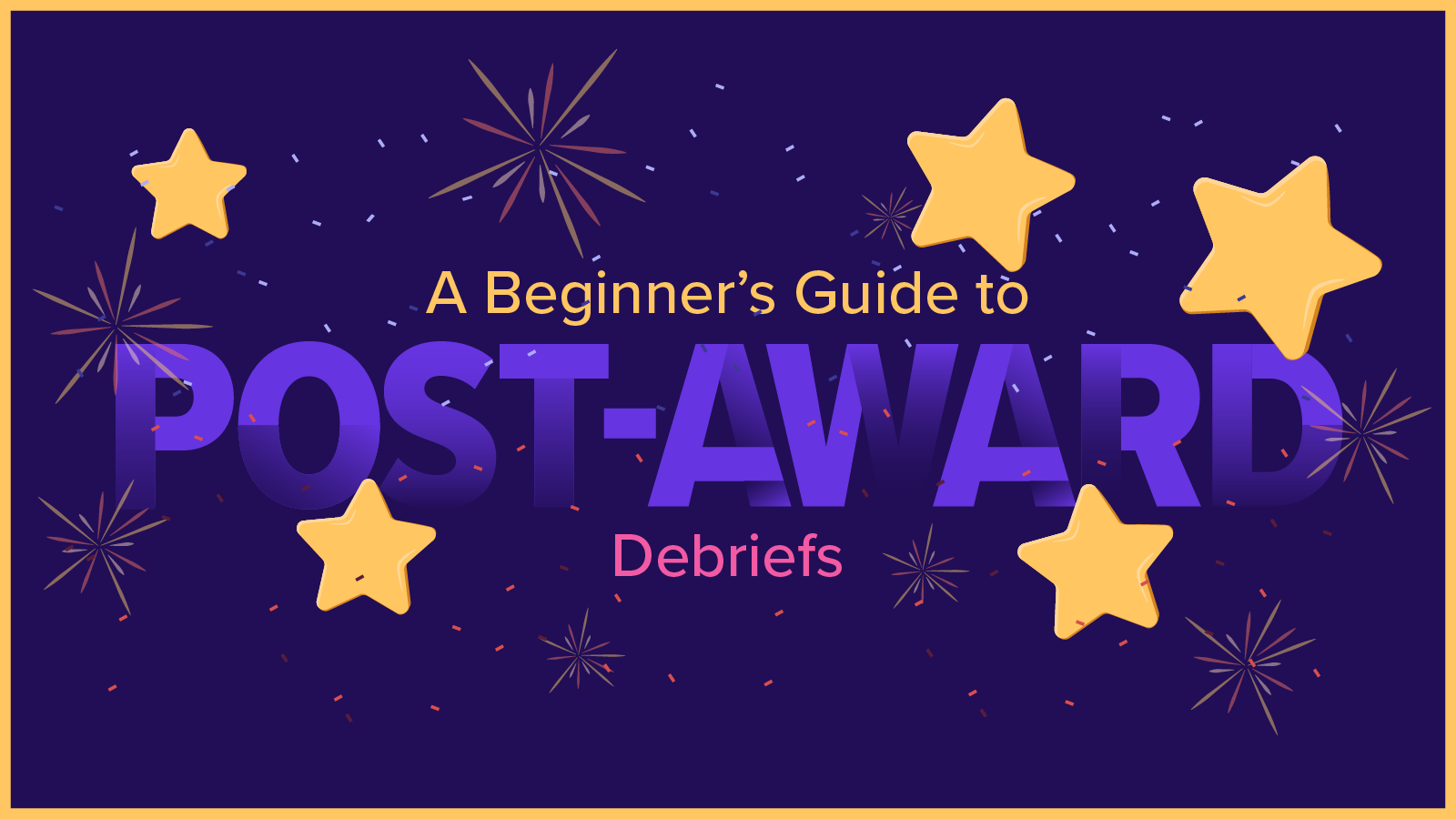 A Beginner's Guide to Post-Award Debriefs