How to Break into Government Contracting [Part 7]: Compete to Win 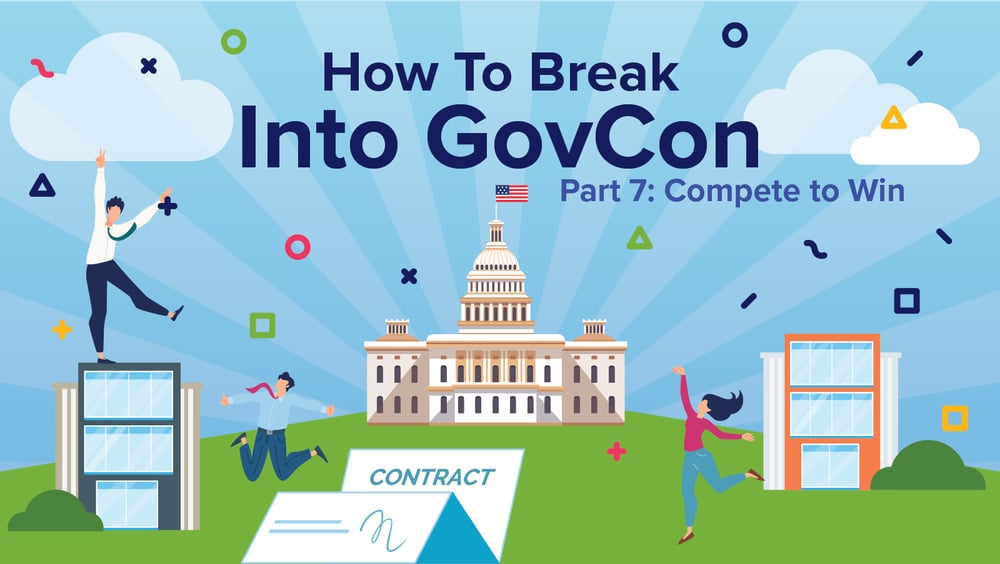 Like an Olympic athlete who must train, practice, and then qualify to compete, succeeding in the federal market also requires long-term preparation and planning. But you want to do more than simply qualify. You want to win. This article identifies strategies and tools you can use to increase your win probability.

This is the final post in a series of articles focusing on key strategies that enable small businesses (SB) to succeed in federal contracting. In case you missed any, you can access them here: 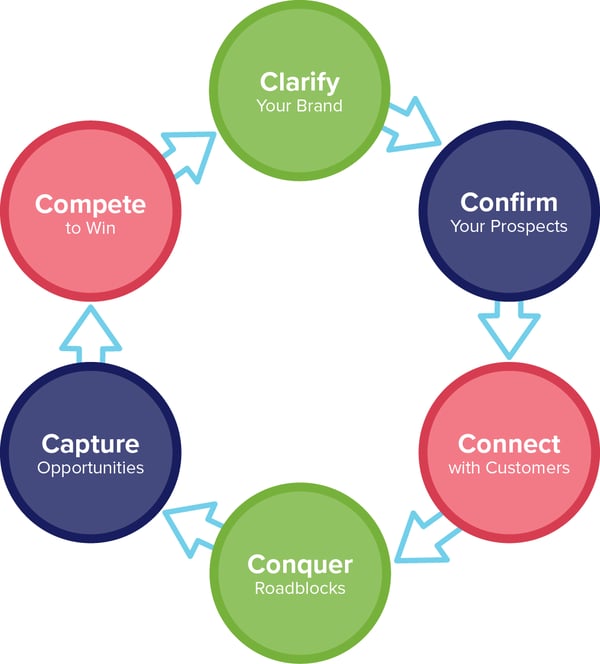 Compete to Win—the sixth step to succeed in GovCon

Proposal development takes considerable time and effort, including understanding your customer, competitors, and company’s strengths. All of this information gets integrated into a written response to an RFP’s stated requirements. Winning business through a proposal requires meticulous planning and a structured but flexible proposal process.

Proposal development begins as soon as you decide to pursue and bid on an opportunity. A winning proposal takes weeks and sometimes months to produce. It is usually impossible to salvage a proposal if you wait until the eleventh hour to start the process. This is not only costly but disastrous because quality revisions and production become next to impossible.

Successful proposal development aims to accomplish as much as possible as early as possible. Building in time to plan and design your response ensures you adequately identify, address, and resolve critical issues concerning your technical solution and win strategy. Moreover, by front-loading the effort, the Proposal Manager and Proposal Team remain in control of the entire proposal effort, increasing the likelihood of on-time submissions. 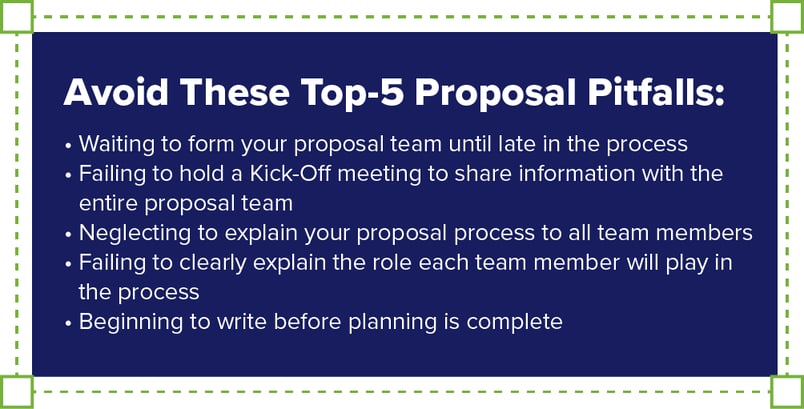 The Proposal Manager should develop a proposal organization chart that outlines the Proposal Team. The graphic below shows the standard structure needed to support most Request for Proposal (RFP) responses. The Proposal Manager can streamline the structure if the proposal effort is small or if they’re working with limited resources. Streamlining usually consists of combining positions and responsibilities. 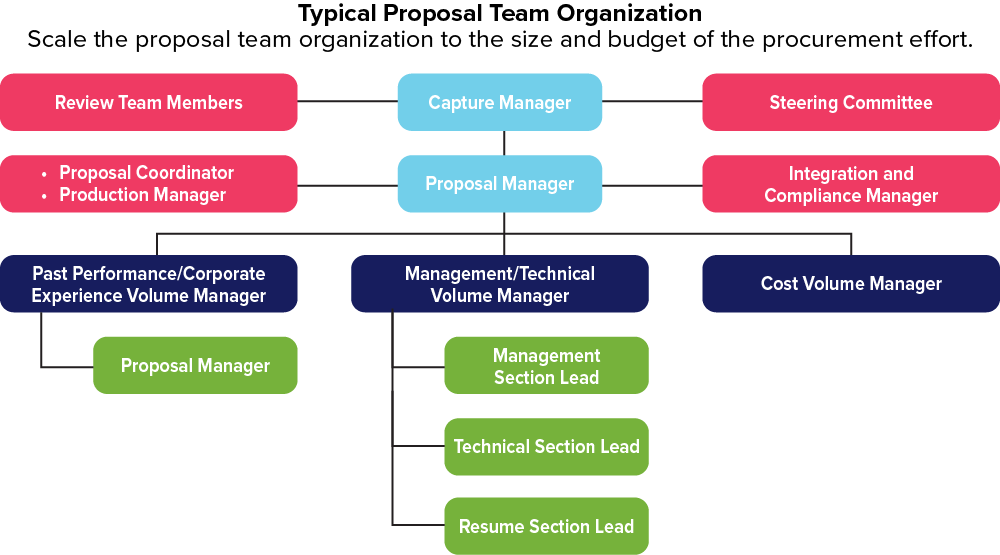 The Proposal Manager, Proposal Coordinator, and Production Manager should meet early in the process, preferably before the final RFP release, to define the proposal’s infrastructure needs. Proper set-up and implementation of the proposal infrastructure enables smooth day-to-day functionality and workflow, facilitates communication, maintains organization, and allows the Proposal Team to focus on proposal development.

Many Proposal Teams work within an established collaboration portal that serves as the central repository for all proposal-specific content. Companies are increasingly turning to applications like SharePoint, Privia, and Virtual Proposal Center (VPC) to manage and control large volumes of information, enable writer collaboration, and better support color reviews and final proposal production. 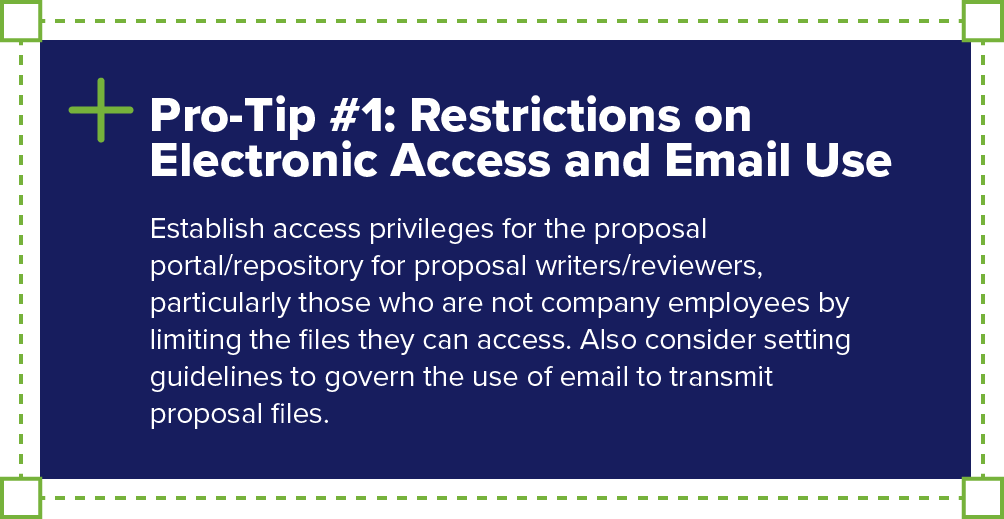 If your Bid and Proposal (B&P) budget and resource availability allow it, we recommend starting full-scale proposal development activities at the release of a draft RFP. This allows the Proposal Team to get a head start on activities like designing a solid technical solution; assessing competitors; identifying customer hot buttons, issues, and concerns; selecting relevant past performance; drafting key personnel resumes; developing win themes, and identifying proof points that support your overarching themes and technical solutions. With the release of the final RFP, the Proposal Team ramps up to begin shaping the proposal response. Key activities during this phase include:

For a comprehensive understanding of the proposal development process and its various activities, we recommend the KSI Advantage ™ Capture and Proposal Guide. It is a helpful go-to resource that includes templates and tips you can tailor to enhance your existing proposal process and capabilities.

Winning proposals require time and preparation. Planning allows you to design and develop a response that is not only compliant but persuasive and compelling. A flexible, yet well-defined proposal process, coupled with effective and efficient tools and team members, sets the foundation for successful proposal development.

We recognize that many small businesses lack the resources and time to develop a robust proposal development process. We’re here to help. KSI offers comprehensive proposal support services, including:

Lauren Mowbray is a Senior Proposal Consultant at KSI with 20 years of professional experience supporting small, mid, and large businesses in the federal contracting and non-profit sectors. She has supported all aspects of the business development life cycle, often filling multiple roles including proposal manager, coordinator, editor, and technical writer.